Diabetes mellitus is a chronic disease of the carbohydrate metabolism and it reaches almost epidemic dimensions worldwide. Currently, in Bulgaria, there are around 600,000 people, suffering from diabetes, and around 300,000 are still not aware of their disease or are about to get diabetes…!  Around 75% of the people, diagnosed with diabetes, have poor metabolic control, which leads to the development of complications – myocardial infarction, apoplexy, blindness, amputations and chronic renal failure. Among the complications of diabetes – the diabetic foot syndrome (DFS) takes the leading position.

Definition – the diabetic foot is a combination of pathological changes of the lower appendages and the feet, which is due to the developing vascular degenerative syndrome and the changes of the peripheral nervous system that are typical of the patients with diabetes mellitus.

According to epidemiological studies, we can assume that around 15 % of patients with diabetes mellitus, in the progress of their disease, suffer from lesions of the foot with various severity, and characteristics, which often end in amputations. Unfortunately, this statistics is rather cruel – once every 30 seconds one amputation of a patient with diabetes mellitus.

In our country, there is no precise statistics about the frequency of amputations, but we can safely say that over 50% of non-traumatic amputations of lower appendices in Bulgaria come from people with diabetes.

The DFS is a severe complication of the diabetes mellitus, but with appropriate treatment and timely precention of these wounds, the amputation will be avoided in over 80 per cent of patients with diabetes.

Prerequisites for the occurrence of pathological changes of the diabetic foot

The main prerequisite for the occurrence of lesions with diabetic foot is the presence of a diabetic (poli)neuropathy and/or peripheral arterial disruptions of circulation. Although, statistical data somewhat differs, one can assume that the following distribution is true:

Diabetic neuropathy – it is characterised with increased ischemia of neural cells and progressive damage of the neural tissue.  It affects equally autonomous, sensory and motor fibers.

From a clinical point of view, these injuries lead, both separately and jointly, to typical changes of the foot in patients with diabetes:

Depending on the depth of the ulcer, we differentiate 4 clinical stages:

All, even the most insignificant injuries represent an entrance for the mostly commonplace infections, which, in combination with uncontrolled diabetes, lead to life-threatening infections of the foot.

Patients with diabetes often allow a dangerous DELAY in time, which leads to the a general reduction in the protection of the organism. An infection, although localised at first, can quickly spread in depth, and endanger basic anatomic structures – tendons, muscles and bones.

The macroangiopathy is related to the effects of diabetes and with atherosclerosis – there are layered stenoses to complete obliteration of the peripheral vessels of medium size. The macroangopathy of patients with diabetes can be characterised as advanced, especially severe form of atherosclerosis.

Microangiopathies are diseases of the final blood vessels and are grouped like micro-circulation disorders.  After a pathoanatomic examination, a specific thickening of the basal membrane at the level of arterioles, capillary and pre-capillary vessels is found in patients with diabetes, where in most cases complete obliteration of vessels is not found.

The deteriorated circulation in the tissues, caused by micro- or macroangiopathy, presents a serious risk for the development of diabetic ulcer on the foot, and it impedes the healing of existing ulcers.

The predilection spots for the development of ischemic diabetic ulcers are similar to those of artherial ulcers:

Necroses, caused by the most severe circulation deficiency, are usually located along the lateral edge of the goot, the heel, in the spaces between the fingers and along the extension surface of the shin.

The main measure in the treatment of all diabetic lesions is the optimum regulation of diabetes (normoglycemia), which is also the best therapy of neuropathy.

The conservative treatment is concentrated onto the improvement of the central hemodynamics (treatment of cardiac or respiratory failure, regulation of blood pressure), hemorheology and vasodynamics, as well as anticoagulation.

The possibility of spreading an infection are particularly good due to the differentiated structure of the connecting tissue, so that the respective antibiotic treatment is always justified.

Activities of health care extpers, related to the treatment and prevention of the DIABETIC FOOT SYNDROME

The inform and train patients about the principles of correct prevention:

The orthopedic shoes, designed for diabetic foot by Dr.Orthopedic are made of a natural healthy and soft leather, which does not cause any wounds and lesions of the feet of patients with diabetes. It is extremely important that there is no seam along the shoe lining, which guarantees comfort of use for patients with diabetic foot. The natural leather and latex provide softness of the cuffs and the shoe. The presence of a breathing system ensures the necessary microclimate for the healthy use of orthopedic shoes. The special, anatomically designed, lightened, absorbing sole with breathing orthopedic insole are made of natural leather, and are the necessary prerequisite for the prevention of diabetic foot. 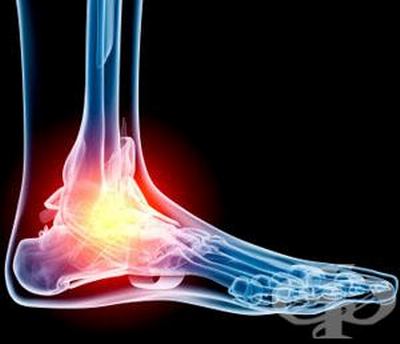